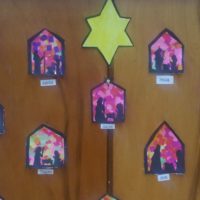 By Scoil Eanna on 22nd December 2016 in Latest News 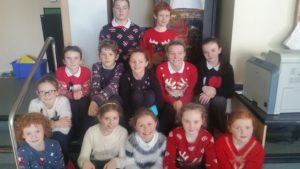 Walking around the park

Walking around the park is part of health promotion. The senior part of the school walk around the park every Wednesday at 12.30pm. This commenced at the   beginning of November and it will continue in the New Year 2017.

The biz world is a Bank of Ireland sponsored competition which helps 6th class pupils set up their own business. Two people came in to do the workshops. The workshops teach the basics of entrepreneurship business and finance by showing how the entrepreneurial cycle operates. The biz world started on the 10th of November and ended on the 17th of November. The pupils were put in groups of five. Pupils develop their own mini enterprise so they get a real feel for how a business operates / hands – on business experience.  They made up names for the businesses and these are the names of the businesses Tecno, Game Gallery, Hot n Cold, Clearly Write and Livestraw. If you got the most likes and fake money from the judges, you will got 100 bb and the two judges that were judging are called Mrs Mc Cluskey and Mary Rose. The group that won was Clearly Write. Clearly Write is called that because it is  a product to easily remove tippex. Then on the 3rd of December they went to the Recreation Centre to get a reward and everyone that competed received a ruler, marker, pencil, medal and some chocolate. Finally Clearly Write received a trophy from the Bank of Ireland.

As part of Scoil Eanna’s being active they have been doing football with county goalkeeper Rory Began. This lasted for a five week block and has just finished up.

As part of 6th class SPHE the senior class have been doing RSE. They did three sessions with a woman called Bridget that has trained in the subject.6th class learned about growing up. 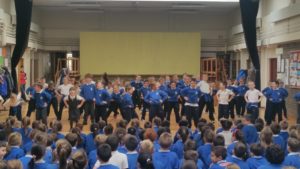 The junior part of Scoil Eanna had been doing dancing for a five week block with dance teacher Lesley. The junior class performed in front of the whole school. Junior and senior danced first and followed by 1st and 2nd class. 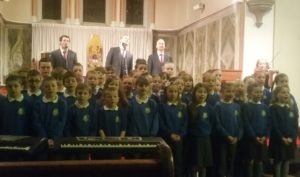 Middle Classes visit The Wetlands as part of Science Week

On the 16th of October 4th and 5th classes went to the wetlands on a science trip. They learned that if you put bread soda in a balloon it would blow up. They said it was very interesting and if you lick the top of a battery it would shock you. This trip was part science week.

The skills competition was on a Wednesday 30th of November.There was four people from sixth class getting picked to go. The skills competition was in Cloghan. The four people who got picked to go were Oran Byrne, Jonathan Lavelle, Conor Carraher and Conor Curran.The drills they did were rounders,a mini conditioned game, trying to score points with their left and right feet and trying to kick a ball in to a target with both feet. After all the drills were completed they went home. They did well but Urbleshanny was most successful. 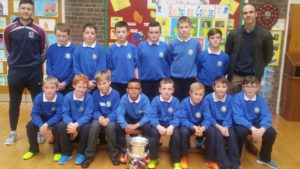 On Friday 18th November 2 Ballybay boys came to Scoil Éanna after they won the cup. The cup won  was called the Owen Ward Cup. The boys that came in were called Dessie Ward and Paul Finlay, Both of them are amazing footballers, we all got to ask them questions but after all it the 6th and 5th classes boys got a picture with them.

Super troopers is a programme devised by the Health Promoting Schools. With this programme the teachers want to make the kids healthier and fitter. Every Wednesday you go to the park at lunch time and you can run around the park or walk. There are also these wee books that have food on it that you should be eating for your lunch and food that you should be eating on a daily basis. They also have included in the book some exercise you can do at home. 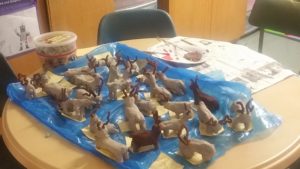 For the Christmas season 6th class made some Christmas decorations. They made a collage of Mary, Joseph and Jesus using various colours of tissue paper and they also made a Rudolph the Reindeer out of clay.

At school they always have a Christmas show. This year the show was fantastic. It happened on the 13th of December. There were  9 songs 6th class are did 2 songs with 5th class, 3rd class did 2 songs with 4th class and the rest of the classes sang the first song “Can you hear the sound of Christmas” and  the last song “Sing the Christmas story”. There was dancing and the dancing was fantastic. The girls only did the dancing. The singing was fantastic too. At the end of the show The Parents Association had a raffle.

This news was written by 6th Class Pupils Sophie Mc Cann, Orán Byrne, Cian Sherry, Karina Fogele and Jack Treanor. – Wishing you all a Merry Christmas and see you all in the New Year. 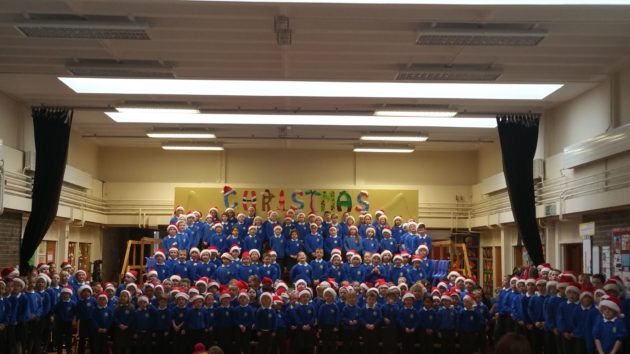