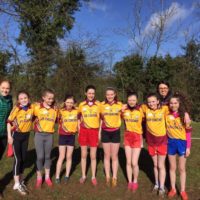 There was a quiz on in Blayney in the Glencarn  and there were around 20 schools taking part including Scoil Éanna. The people on the Scoil Éanna team were Eoin Sheridan Oran Byrne, Matthew Du Plessis, Anna Leonard, Annie Carroll, Éanna Curran, Nathan Mc  Dermott  and Martin Quinn  It took place on  Tuesday 7th February 2017. There were some hard questions and some not so hard. Each team had a table to themselves the people who set the quiz up each gave the teams 6 pieces of paper to write their answers on. While the teams worked hard they were out performed by a few other schools and so didn’t reach the final.

The Credit Union Quiz took place on Friday 3rd February 2017. The credit union quiz was on in Pearse Brothers in Ballybay Scoil Éanna had 3 people from 6th class Conor Curran, Billy Rutledge and Mathew Mc Dermott. The three boys got far but unfortunately got knocked out. 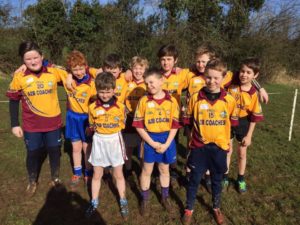 For the cross country the training started on the 7th of February. The people who were part of the team in 6th class were Cian Sherry, Conor Mc Ardle, Conor Curran, Katie Mc Geough, Mary Quinn, Cliodhna Lindin, Aideen Drury and Anna Mc Skean. The people who were part of it in 5th class were Olivia Mc Skean, Orestas Pulks, Rachael Brennan. Martin Quinn was the only member from 4th. Finally  in 3rd class there were Owen Sheridan, Simon Du Plessis and Nathan Duffy. The cross country was on the 8th of March.  The boys team performed well but the girls stole the show as they captured the large schools trophy for the first time.

Olivia Mc Skean got to the All Ireland semi finals for Google for Doodle. On January they published all 75 Students who made it to the final stage. 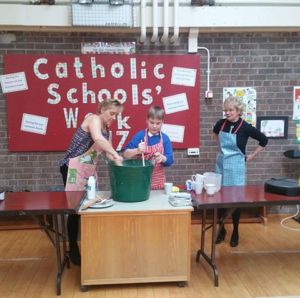 Pancake Tuesday took place on the 28th of February. The pancakes cost 50c for 1 person and 1euro for a family. The money went to the Trocaire Lenten campaign. Maire, Ann, Dovydas and Mrs Flanagan made the pancakes for the whole school. The toppings were nuttela , butter , honey and sugar.

As 6th class is going to be leaving Scoil Éanna at the end of June there will be a new Junior Infant class starting. At present there are 29 children enrolled to start school in September.

The 5th class boys went to Phoenix Centre in Carrick to play Gaelic football. It was on Wednesday during school for 3 weeks in February Mr Duffy was their coach.

The girl’s basketball training started on the 23rd of January and ended on the 13th of February. Miss Mc Dermott and Dottie trained them for 4 weeks. They had to run 3 laps every time, practise shots and bouncing the ball. The game was at the community centre. The blitz started on the 14th of February and the game started at 10:15. The teams were ST Louis, Latton, Gael Scoil two teams, Corracrin two teams and Scoil Éanna. At the start of the first game Scoil Éanna played, they won by 42 – 0 against Corracrin. The next game Scoil Éanna lost by 3 – 9 against St Louis. Scoil Éanna got into the semi final and played against Gael Scoil. However they didn’t get into the cup final. 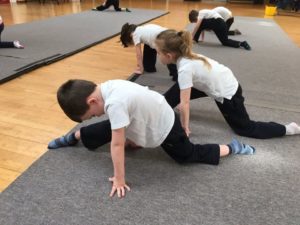 As part of active school programme all of Scoil Éanna took part in gymnastics. They started on the 16th of January and lasted for a six week block ending on the 21st of February. Lisa, Diane, Catriona and Ned have been training the pupils for these six weeks. The pupils had learned lots of new things like the bear walk, bunny hop, duck walk, handstands, cartwheels plus a few other things.

As part of RTE operation transformation many schools around the country have done ten at ten. Scoil Éanna was one of these schools. Scoil Éanna had done two laps around the Ballybay town park. After two laps all classes went back up to their class rooms and they were doing some exercise. Examples of these exercises were jumping jacks, arm moving, squats, basketball shots, running in the spot plus a few other things. 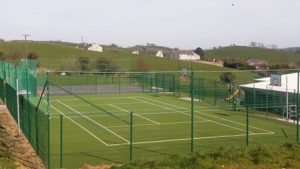 During the Christmas Holidays the senior playground got new nets around its perimeter so when the students are playing football and a few other games the ball will not go out. As well as that they got some new basketball hoops for playing some basketball.