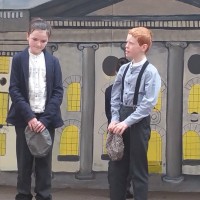 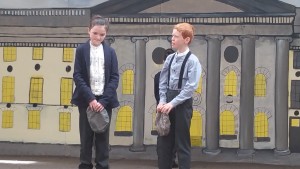 As part of the Primary Schools 1916 Commemoration  programme Scoil Éanna have decided to do an 1916 Drama looking back at the events of Easter 1916. Told through the eyes of Mixer and Cha two native Dubliners relive the main events in the run up, during and the aftermath of Easter Week 1916.

The show will be performed on Tuesday 15th March as part of Schools’ Proclamation Day. At 9.30am the Tricolour will be raised outside the school similar to the other schools throughout the country. Then the show itself will take centre stage at 1pm and 7pm – All are welcome – young and old .